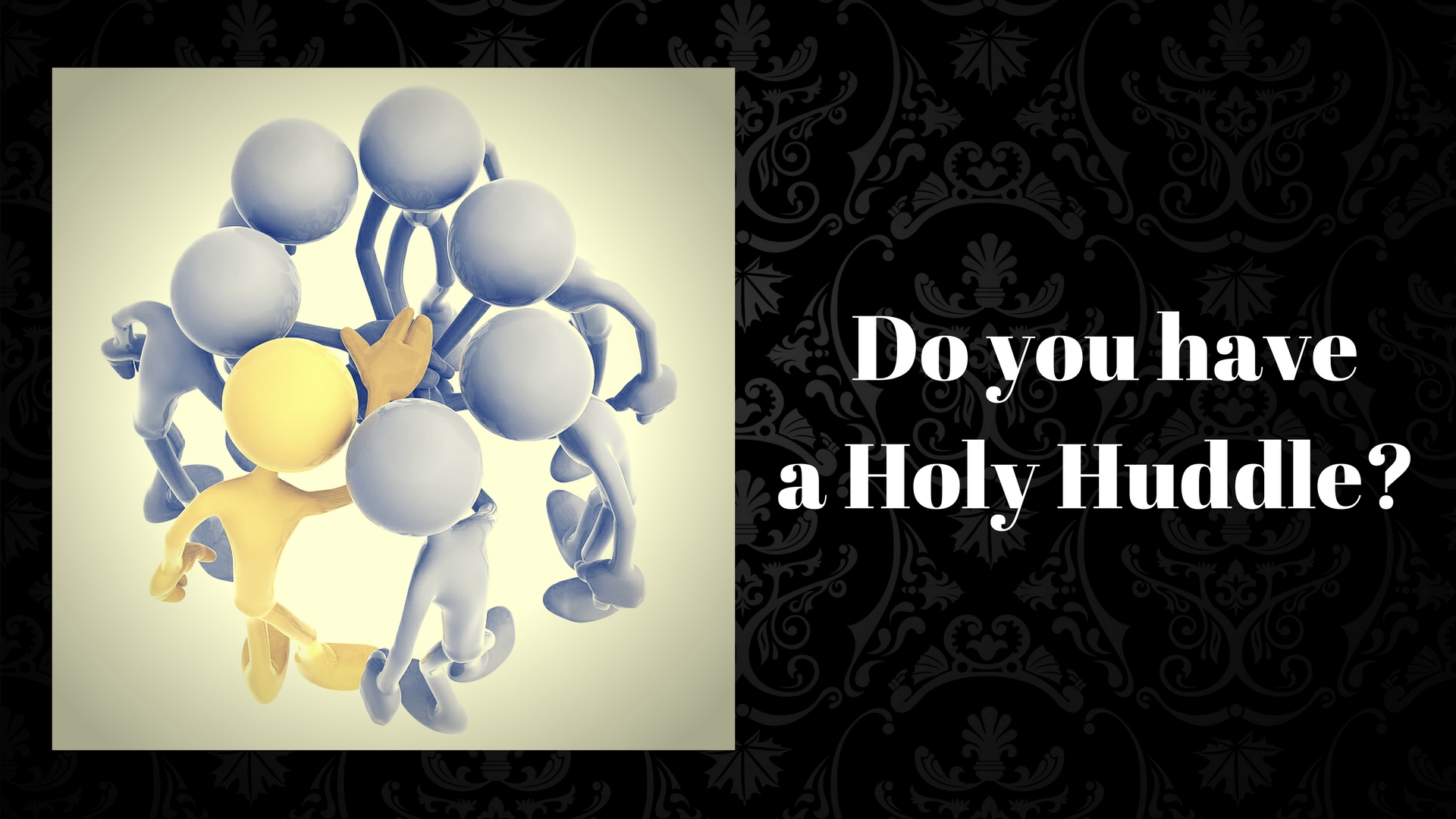 Anything that’s human is mentionable, and anything that is mentionable can be more manageable. When we can talk about our feelings, they become less overwhelming, less upsetting, and less scary. The people we trust with that important talk can help us know that we are not alone.

In sports, players regularly form a tight circle to encourage one another and strategize about how to advance against the opponents and win the game. In your holy huddle, a team of like-minded people will listen to your story and encourage you through the struggles that lie ahead. They will help you grieve losses, maintain your balance, and move forward to cross God’s goal line. With empathy and compassion, your teammates will help you strategize for success; extinguish harsh judgment, shaming, and criticism; and celebrate the victories along the way.

The mind’s need to tell the story after a distressing event is like the body’s need to spike a fever after an infection. Just as your body seeks to heal and restore itself, so does your mind. You need to tell your story so you can begin integrating your thoughts and emotions. Because you have so many thoughts—some of which are contradictory—and mixed emotions during a time of grief, your mind undertakes a mission to make sense of what’s happened to you. Telling your story to others is one way to accomplish that mission.

Telling your story repeatedly to many different people allows you to put all the pieces of your breakup experience together in a coherent whole. Each time you tell your story, new pieces of awareness will come to you as people’s questions force you to think of your relational journey and your future in new ways. C. S. Lewis wrote, “You can’t see anything properly while your eyes are blurred with tears.” Your holy huddle can help you see clearly and get you back on the field so you can go on offense.

Henri Nouwen’s qualities of a caring friend also describe characteristics of a holy huddle. A holy huddle is a group of people who, “instead of giving advice, solutions, or cures, have chosen rather to share our pain and touch our wounds with a warm and tender hand . . . can be silent with us in a moment of despair or confusion . . . can stay with us in an hour of grief and bereavement . . . can tolerate not knowing, not curing, not healing and face with us the reality of our powerlessness.” Even Jesus had a holy huddle.

He showed his holy huddle his best when he took them up a mountainside and revealed his glory to them. It was as if he were saying to them, “Hey guys, check this out. I want you to be the first to see this.” The text says, “His face shone like the sun, and his clothes became as white as the light” (Matt. 17:2). He felt comfortable enough to show them his glory. It takes courage to show people the best side of you without fearing they will judge you or not be willing to enter into your joy.

Jesus also needed his holy huddle when he was at his worst. He took the same three along on his excruciating journey to Gethsemane. Gethsemane, ironically, means “olive oil press.” Jesus was about to feel the weight and pressure of sorrow in his soul as never before, and he didn’t want to be alone. Mark 14:33–34 says, “He took Peter, James and John along with him, and he began to be deeply distressed and troubled. ‘My soul is overwhelmed with sorrow to the point of death,’ he said to them. ‘Stay here and keep watch.’”

Jesus’s holy huddle was far from perfect, however. Instead of the disciples standing watch, being alert, and engaging in prayer themselves, when Jesus returned he found them sleeping (Mark 14:37). Nevertheless, Jesus needed his imperfect friends for care, comfort, and support on his epic journey, and so will you.

(From Season of Heartbreak: Healing for the Heart, Brain, and Soul, Kregel, 2017)