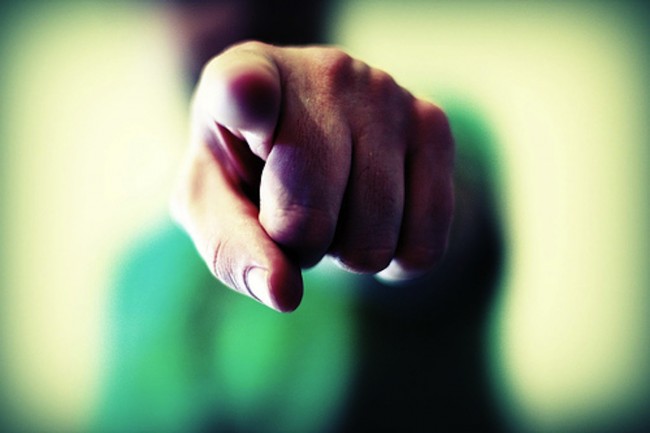 Shut up! You’re no good! You’re lazy! You’re stupid! You will never make it! What is wrong with you! You’re too old! No one wants you! You will be stuck in this sin forever! No one likes you! You can’t do it! You’re ugly! You’re not white enough! You’re not black enough! You’re a homo! Why can’t you be more like your brother! I am sorry you were ever born! Why are you not perfect? You’re crazy! You’re too thin! You’re fat! What kind of Christian are you! Give up you will never succeed! God loves everybody but you!

Many of us are plagued, or in the very least annoyed, by the harsh messages above. For some, they can become like an audio loop that gets played over and over again. They have a tendency to play insidiously outside of our conscious awareness. Broken relationships, sabotaged careers, addictions, ministry failures and the like are laced with these kinds of thoughts lurking in the background. Where do these incessant and destructive loops originate? What can we do about them? Let’s find out.

One origin of these negative internalized loops come from the voices of powerful figures from our past such as primary caregivers. Those internalized messages come from explicit messages we have received from parents who told us growing up, “You’re no good,” or “You will never amount to anything.” Internalizing messages from early caregivers makes sense. You trust the most important figures in your life to tell you who you are. There is plenty of research, including longitudinal, that demonstrate parents are one the biggest shapers of personality and identity on the planet.

They can also come from implicit signals that come from parent’s nonverbals and inactions. This is often the most overlooked origin. I have spoken to many people who struggle with shame and low self-esteem who say, “My parents never abused me. They were good parents”. Although overt abuse may not have been present, parental misattunements can contribute to negative internalized messages that get played over and over again.

For example, when a parent repeatedly ignores their child’s overt or subtle pleas for connection and affection (inaction), perhaps due to prioritizing their career or immersion in a hobby or even ministry, the child can internalize messages such as “Something is wrong with me,” or “I am unlovable.” The child thinks “if I was loveable they would spend time with me and show me love.” A parent’s divorce is another event where children can internalize implicit messages. The conflicted child might internalize the message “I must be bad because if I were a good boy or girl my parents would stay together.” Whether the child’s perception is accurate or not, it does not matter.

Although the parents never explicitly told the child he or she was bad the child created and internalized shame-filled messages and will live those beliefs out into the world.

The reality is, parenting is one of the hardest jobs in the world, and they do the best they can with the tools that they have. Even with the best of parents there are always gaps, wounds, or arrows, that can penetrate our souls leaving deep holes and scars that could contribute to our negative loops.

A person can discuss how they were affected by implicit and explicit messages from parents without harshly criticizing or judging them. In my experience, this can be hard to do with people who over-idealize their parents and consider it disloyal to say anything bad about them. The goal is not to blame or criticize your parents; the goal is to share how you feel about what you perceived happened to you. Although it is tricky, you can honor your story and your parents at the same time.

Parents or primary caregivers are just one of many contributors to the birth of our negative loops. The constant barrage of negative and destructive messages, which then become internalized, could also come from peers. For example, a child who grows up bullied because they look or act differently can internalize messages such as “I am ugly and defective,” or “There is something wrong with me because no one wants to be my friend”.

Destructive messages can come from media like television, magazines, billboards, etc. Companies loves to tell us how deficient we are, usually implicitly, so that we can buy their products. For example, “Your hair is thinning, and you look ugly, therefore you should buy our shampoo,” or “You are a fat cow so try our weight-reduction products”. Companies do not come out and explicitly say these types of messages. They say them subliminally. They spend millions of dollars, seeking to understand the psychology of their consumers, to infuse us with targeted messages of deficiency, ultimately to increase their revenue.

Unfortunately, religious communities can also be an origin of the negative soul-withering loops we hear in our head. I have worked with many people who struggle to break free of guilt and shame-filled messages caused by legalistic, God-is-perpetually-mad-at-you type of religion. Albert Ellis, a famous psychologist, writes provocatively:

“Religion, by positing absolute, god-given standards of conduct, tends to make you feel self-deprecating and dehumanized when you make a mistake; and also encourages you to despise and dehumanize others when they act unethically. Since self-deprecation is the main cause of anxiety, overweening guilt, and depression, and since damning others is probably the chief source of hostility, rage, and violence, religious moralism patently produces and creates enormous amounts of severe emotional disturbance”.

Messages from primary caregivers, peers, society, religion and other sources can become internalized when we are young and stay with us decades later into adulthood. The power of our automatic negative thoughts, which are deeply embedded in neuronal networks in our mind-bodies, should not be underestimated. Let me share an example of the power of belief.

The Shaman and the Thief
In a small, relatively quiet village, there lived a disheveled and charismatic Shaman with a long coarse beard. In a fit of anger, he placed a curse on a mischievous village thief who beat a defenseless woman and stole her food a few nights before. The thief got word of the Shaman’s curse. It was a curse of death. The thief would die before midnight that very night.

The frantic thief panicked. Shortly before midnight he became unbearably anxious and began to sweat profusely. He felt a large lump in his throat and couldn’t breathe. He said to himself, “Surely the curse is taking a hold of me. I am going to die.” He darted from his home and began to run furiously as far as he could from the village, hoping to naively outrun the curse. The next day he was found dead, six miles away from the village, being eaten by jackals.

Some might see the above story as an example of supernatural and evil forces at work in the world. Others believe that the man’s absolute belief in the power of the Shaman and the Shaman’s curse caused him to die. The thief experienced something similar to the researched phenomenon of the nocebo effect. If you believe something is going to harm you than it increases the chance of it harming you. This is the opposite of the placebo effect, where if you firmly believe something is going to help you, then it probably will. The technical term used by researchers to explain what happened to the thief is called, “psychophysiological death” or as others might call “voodoo death.” A firm, unwavering belief in the curse of the powerful Shaman caused the thief overwhelming terror and stress. The bombardment of harrowing hormones and ghastly glucocorticoids wreaked havoc on the cursed man’s physiological system and caused him to keel over and die.

It is better said this way:

A person’s mentality, creates their reality, and can determine their destiny

A Few Quick Tips to Deal with Your Negative Loops:

1. Allow Others To Love the Hell Out of You

This is probably the most dangerous tip of all. Most of the lies we believe about ourselves are rooted in lie-based emotional pain. They are memories embedded deep within the subcortical region of the brain. It was a deeply emotional and relational experience that birthed the lie-infested emotional pain and, therefore, will take an equally powerful emotional and relational experience to heal the wound, root out hellish thoughts and encode new truth-based messages. Looking at yourself in the mirror and saying how wonderful you are, 10x in a row, day-after-day, is not going to do the trick. It is only through the loving gaze and compassionate embrace from other people, or, and especially, through an experiential encounter with One who created you (2 Cor. 10:4-5), that will begin to loosen the grip of negative thoughts. For some, that level of vulnerability can be considered dangerous and terrifying. If that is you, I encourage you, take a risk, push past your fears, and find loving others who you can reveal your negative and dark thoughts with. It is true, love can hurt but love can also heal. Allow others to love the hell out of you.

This is a completely counterintuitive tip. Many people try obsessively get rid of the negative voices in their head. Some try to cast them out as if they are demons. Some try to repeat scripture verses in a frantic manner with the hopes that the inner critic and its negative messages will automatically disappear. I suggest you become friends with your inner critic. Although it is quite a paradoxical endeavor, it is not as crazy as it seems. That which you resist persists. Telling yourself not to think negative thoughts is only going to increase the likelihood of you thinking negative thoughts.

Why should you befriend your inner critic? Because believe it or not, your inner critic is trying to protect you and keep you from harm. For example, if your inner critic says before trying out for a competition, “You’re a loser, why bother?” The inner critic’s motivation could be to try to get you to work harder or to avoid the pain of possibly losing. Unfortunately, the inner critic tends to be too aggressive, and over time, sabotages growth and healing.

If the inner critic pops up and starts to play the loop, ask with curiosity, “Why are you trying to accomplish here?” or “What are you afraid will happen if you didn’t say these things to me?” When you get to know that part of you and understand its motivation, you can talk to it when it is starting to be unhelpful. You could say, “I appreciate you trying to protect me right now, can you dial it down a bit?” Many times, if you are kind and curious, it does.

3. Extend Compassion To Yourself

It is easy to believe that you are the only person on the planet who struggles with negative thoughts. It is easy to think, “Something is wrong with me,” or “If people only knew what thoughts I head rolling around in my head, they would think I am crazy.” The fact is we all have crazy, wild and negative thoughts. We all have a thought-producing machine called the brain, which likes to do its own thing at times, regardless of what we want it to do. Having negative thoughts is in part what it means to be human. We will struggle with them until the day we die. Since we are all in the same boat, treat yourself as you would treat a close friend who is struggling with an issue; you can treat yourself with tenderness and compassion. You relate to yourself more than anyone on the planet. You might as well learn to relate to yourself as the Father of Love would relate to you as opposed to the Father of Lies.